How Does The Federal Budget 2012-2013 Impact Your Business 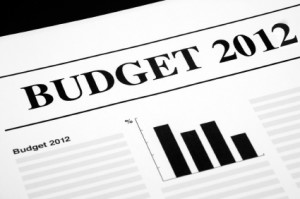 As with many budget announcements, much of the practical detail of the Government proposals is yet to see the light of day, but some of the budget changes that will have practical impacts on businesses and business owners include:

The proposed changes would “allow businesses to ‘carry back’ their losses, to offset past profits and get a refund of tax previously paid on that profit”. The carry-back will be available to companies and entities that are taxed like companies.

From 1 July 2012, the tax rate on concessional contributions will effectively double from 15% to 30% for individuals with income greater than $300,000.

The Government will limit the availability of the employment termination payment (ETP) tax offset.

From 1 July 2012, only that part of an affected ETP, such as a “golden handshake”, that takes a person’s total annual taxable income (including the ETP) to no more than $180,000 will receive the ETP tax offset. Amounts above this whole of income cap will be taxed at marginal rates.

Existing arrangements will be retained for certain ETPs relating to genuine redundancy (including to those aged 65 and over), invalidity, compensation due to an employment related dispute and death.

Living away from home allowances (LAFHA)

The existing LAFHA rules operate so that foreign nationals working in Australia may be able to receive significant amounts (referable to living expenses) tax free, on the basis that they have a home somewhere other than Australia.

The new rules will require that the residence a person is living away from must be in Australia and will provide that the living away from home concession will only be available for 12 months. The Government has announced a carve out from the 12 month requirement for fly in fly out arrangements.

The medical expenses tax offset will be means tested from 1 July 2012. The Government announced that, for people with adjusted taxable income above the Medicare levy surcharge thresholds ($84,000 for singles and $168,000 for couples or families in 2012-13), the threshold above which a taxpayer may claim the medical expenses offset will be increased to $5,000 (indexed annually thereafter).

In addition, the rate of reimbursement will be reduced to 10% for eligible out-of-pocket expenses incurred. People with income below the surcharge thresholds will be unaffected.

The Government has announced that the managed investment trust (MIT) final withholding tax rate will increase from 7.5% to 15% from 1 July 2012.

Contact our accounting, taxation and auditing team today if you believe the new budget will have an impact on your business taxation.