Why you need to know about Division 293 tax. 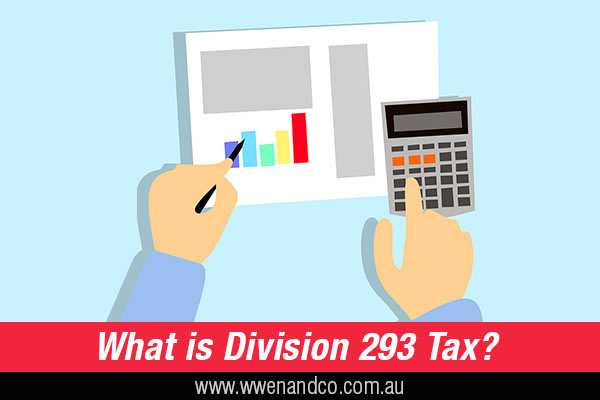 If your remuneration, including reportable fringe benefits and salary-sacrificed superannuation contributions, is more than $250,000 per annum, you may have an additional tax liability over and above the normal income tax payable on such earnings.

Now that would be a fairly substantial salary package, so it may seem like a good problem to have, but then again no-one likes an unexpected demand from the ATO.

Why Division 293 tax was introduced

Around five years ago the government introduced a rule called Division 293 to the tax system. Division 293 is intended to even out the effect that the concessional tax treatment of superannuation has for higher income earners compared to middle and lower income earners.

This results from before-tax (known as concessional) super contributions being taxed at 15% within a fund, and the higher relative difference in marginal rates for high-income earners compared to the average. Here’s how the ATO explains Division 293:

If you are a high-income earner, your marginal tax rate is higher than an average income earner.

When you make concessional contributions to your fund, you receive a larger tax concession. Division 293 imposes an additional tax of 15% to bring the concession back to an amount in line with the average.”

Division 293 example from the ATO:

Division 293 threshold has changed since it was introduced

When Division 293 was introduced in the 2013-14 year (the legislation was called “Sustaining the superannuation contribution concession”), the threshold at which it applied was set at $300,000 annual income for each individual.

That’s quite a drop in the threshold, and since it applies to the current financial year it is appropriate to alert taxpayers to be circumspect as regards this aspect of taxation law. So, if you are at or near the new threshold, be aware that this division could add to your possible tax liabilities.

An assessment for Division 293 tax can also come about if you receive an eligible termination payment or make a significant capital gain.

How is Division 293 threshold applied?

The ATO uses information from income tax returns and contributions reported by your super fund to work out if Division 293 applies and if so, how much tax you owe. And remember, as income levels can change year to year, there is potentially an annual possibility of Division 293 tax being imposed.

When the ATO works out concessional contributions to super for Division 293 purposes, it does not include any amounts that are above the excess contributions cap as these are taxed at the marginal rate, so the taxpayer concerned will not be getting any concessional tax treatment.

No reallocation to another income year